Here is a latest upload to youtube of a short poem called “Parrot”. It is taken from a collection of poems published in the book, Animals.

Sam Burnside said: “Columba Canticles explores the experiences of ordinary men and women of the Plantation – that is, the lives of the ‘Planted’, as distinct from the ‘ Planters’ – the shoemakers, stonemasons, weavers, the laborours the men and women who have made such a contribution to our culture.

Laurence Roman said: “Columba Canticles is a celebration of the human spirit featuring this specially commissioned score.  In setting Londonderry writer Sam Burnside’s award-winning cycle of poems, this oratorio explores 21st century spirituality in all its freshest, most vibrant colours. The Church is cast as a mighty crucible in which the soul of humanity blazes brightly. ‘

The choirs of the Universities of Ulster and Aberdeen combine with the Southbank Sinfonia for this exciting world premier, set amid the historic magnificence of St Columb’s Cathedral in the heart of the City of Derry.

(Churchill, Co Donegal) has written of this work:

‘In Columba Canticles Samuel Burnside catches the voice of the workers of plantation in Ireland.- “For dates we say, The past, History. / For numbers we say, Many, too many…”Theirs was the rough, tough daily grind of colonisation, a compound of class division and religious difference made rigid by fear. The poem lets humanity shine through the words- “ this righteous marriage of sweetness/ and bitterness / the seed and the mystery of/ us- we- one.” Telling the story- “Spreading out, a dozen here a dozen/ there / the land bestowed her favours on/them /for they were ardent/ in their husbandship of these/ valleys and hills…….” There is passion and the unknown, hope and misery, pilgrimage and settlement in the lives of people sent to this end of the earth. Sam Burnside knows it in his bones, and tells it like it was.’ 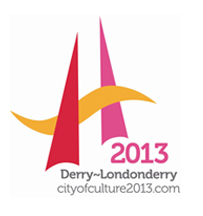 Listen to the new upload of the poem, Mice or will the real rats stand up, read by Sam Burnside. 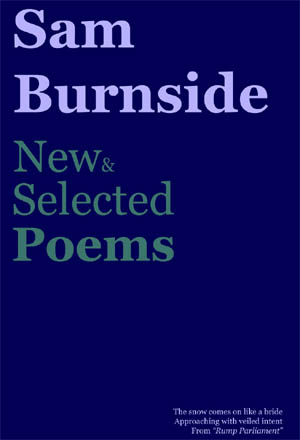 A new selection of Burnside’s poems (drawn from previously published together with more recent work) is now on sale.

The old method of ‘subscription publishing’ is being used – an example of a dynamic and democratic relationship that stands as a living partnership between author and reader.

The book is available in paper form or as an e-book on KINDLE from Amazon.co.uk